What Steps Should You Take After Unconscious Bias Training?

Unconscious bias (UB) training has become a widespread practice in all companies across the country. It doesn't matter the size of the team involved, or the locations you operate in. Occasionally, a company may take the initiative to conduct such training for its staff.

Has it been effective? Not really, as is noted in many publications and reports. Having unconscious bias training is one thing, implementing what is taught is a different matter altogether. This is because most companies will administer the training and leave it at that.

What you need to do is take steps that will see your team actively work on their unconscious bias. The question is, how?

Show Them They Have the Key

Well, show is a mild word. The most appropriate thing would be to guide and lead them into understanding and believing that they hold the key to tackling their unconscious bias, by leading as the example. Remember, just because you or your team members have been doing things a certain way doesn't mean there isn't room for change.

The road to dealing with unconscious bias starts with your own awareness. When discussing unconscious bias, it's important to point out that everyone has bias. Although our behaviors toward other people aren't as extreme as other examples, they may still have a similar effect on people.

From here, it will become easier to convince the members of your team to change their behavior. You will already have pointed out examples of UB. Ask them to do some introspection and see where they might be coming up short. This is the turning point where they have the most growth potential.

Encourage Them to Connect with Others

There is an African proverb that states "Before a hyena devours its children, it first accuses them of smelling like goats." When you stick to groups that you have a lot in common with, you tend not to develop empathy for other people. It, therefore, becomes easier to show your bias.

Encouraging your team members to actively interact with other individuals who are different from them encourages them to develop more empathy. They can start seeing things from the perspectives of others and understand the effect of unconscious prejudice on different groups of people.

A great way to get your team members to connect is through small group discussions. It can be simple stuff like sending topics for discussion or letting them develop their own.

You can use structured check-ins or interviews to find out how well the discussions are progressing. The structured interviews will give you an indication of areas where your team's individual members are improving and the areas you can work on. When the discussions and interviews are conducted periodically, you will begin to see improvements such as inclusion, diversity, and even employee retention.

The topic of unconscious bias is vast and cannot be effectively covered in a few sessions. The best thing to do is to encourage your team members to continue exploring and learning. Start by setting a foundation where you collect data at every stage of the process. This will help guide you on which topics to broach and which to prepare for.

Consider also reviewing policies in the workplace that could be discriminatory or lead to bias. Rather than take action according to a checklist, deliberate on whether the steps you are taking will be viewed as predatory or discriminatory towards certain team members, such as those from minority groups or women.

Unconscious Bias can manifest at any moment, but it is in crucial moments such as interviews that its effects are felt heavily. This is the motivation behind interviewIA's push to combine unconscious bias training with effective application to help change the interview process for the better.

Learn more about our facilitator-led trainings if you'd like to see how our holistic approach can help provide a better workplace for your team members. 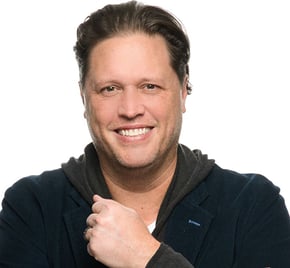 UB leads interviewIA's marketing and business development strategy through a constant state of innovation and "outside the box" thinking. He has taken his deep experience in client and customer solutions to build a company focused on people first, the value that every human brings to the table, and centered on belonging. UB is the "six degrees of Kevin Bacon" in the HR world. In the Malcolm Gladwell framework, he is the ultimate connector. UB has an intrinsic ability to span many different worlds through his combination of curiosity, self-confidence, sociability, and energy.

UNLOCKED: Level Up Your Interviewing!

How to Hire Sales People, Part 3: Mapping Data to Your Hiring and Interview Process

How to Hire Sales People, Part 2: Who's the right sales candidate for our team and organization?

In Part 2 of our 3-part LinkedIn Live Series, "How to Hire Sales People," our team talks about the failures of most ...
Start Reading
Loading...