An equitable environment is one of the most important workspace elements. Implementing DEI practices, policies, and strategies don’t just improve your business, it also allows you to attract top candidates, retain talent, extend your market, and improve revenue.

A structured interviewing process is an integral part of DEI implementation. Asking the right questions can help you make sound decisions and ensure diversity, equity, and inclusion without a forced effort.

Let's take a closer look at how a well-organized interview script format can help you improve equity-related tactics.

Hiring bias is one of the major obstacles on the road to a diverse workplace environment. Even when interviewers and decision-makers understand the importance of DEI, they often can't avoid hidden bias.

Hidden or unconscious bias is much more prevalent than conscious prejudice. It often goes against a person's conscious beliefs and values. This type of bias can surface when a person is working under pressure or multitasking. That's what often happens during an interview.

Unconscious hiring bias comes in many different forms, including:

Once people know about the possibility of hidden bias, they work hard to avoid it. However, controlling the unconscious isn't always possible. Especially, if you have to make decisions under pressure.

When hidden bias occurs, interviewers tend to avoid some of the questions because they unconsciously believe that they already have sufficient information about the candidate. This often happens when halo or pitchfork effects take place.

If you have a structured interview script, you make sure to ask each candidate the same set of questions. So if you unconsciously make a decision about an interviewee too early, their answers to the rest of the questions can help you change your opinion.

A standard set of questions for all candidates for the same position makes it easier for decision-makers to avoid different types of hidden bias.

The gathered information makes it easy for decision-makers to choose the right candidates after the interview. This data helps leaders make decisions without relying heavily on the interviewer's opinion.

Unconscious bias often occurs when interviewers are time-pressed or under pressure. Pre-designed interview scripts decrease the time it takes to conduct an interview. This reduces the pressure on the interviewer to finish the interview as soon as possible.

With sufficient time to evaluate the candidate, the decision-maker can reduce bias, ask all the necessary questions, and allow the interviewee to open up.

Equitable hiring is vital to the company's success. It also:

Interview scripts are an excellent tool that helps improve equity. A set of predesigned questions can make sure your hires are equitable while being based on unbiased decisions.

Improve DEI in Your Workplace With Interview Scripts

While the importance of DEI is hard to overlook, designing practices to maintain it can be complicated. Battling unconscious bias can be tricky unless you consider the advantages of structured interviews.

By implementing interview scripts, you can reduce hidden bias, streamline the interview process, and improve the company's bottom line.

interviewIA is a powerful interview platform that offers a comprehensive question bank for your effective interview scripts. Would you like to learn more? Please contact our team at any convenient time. 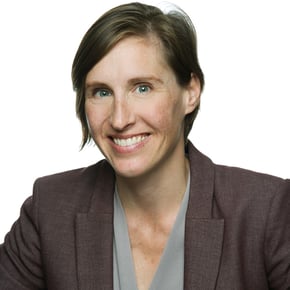 Dr. Nicole Gravagna is trained as both a neuroscientist and an executive coach. Nicole blends neuroscience, behavioral economics, and organizational psychology into healthy human-centered design that drives business. She is well versed in venture capital and angel investing and is a co-author of Venture Capital for Dummies. Her second book was MindSET Your Manners, a guide for behavior change.

What does an interview score mean?

How does interviewIA fit into my DEI plan?